Posted on November 13, 2014 by Charlie Farricielli 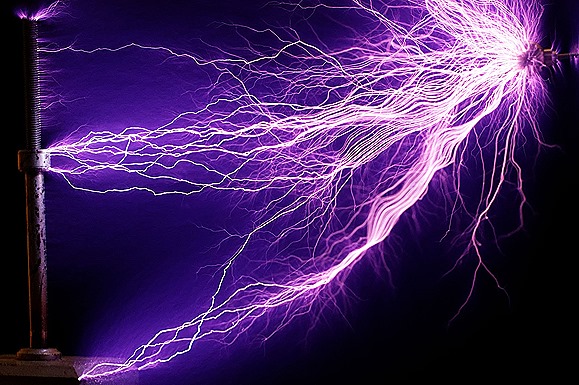 Magnetism is one of the universe’s fundamental powers. It has been used medicinally in China for over 2,000 years. Our ability to produce and control electro-magnetic fields and to use them to diagnose and treat has expanded enormously with the advent of electricity and electro-magnetics.

PEMF Therapy is the application of electro-magnetic fields to treat and promote health. Although this emerging technology may be new to North America, it has been studied systematically throughout Eastern Europe and in the countries of the former Soviet Union for over 40 years and is a standard treatment for many conditions.

How important is PEMF Therapy? In 1992 Dr. Andrew Bassett, who helped pioneer the first FDA approved device using pulsed electro-magnetic fields, wrote, “In the decade to come bioelectro-magnetics will assume a therapeutic importance equal to, or greater than, that of pharmacology and surgery today. With proper interdisciplinary effort, significant inroads can be made in controlling the ravages of cancer, some forms of heart disease, arthritis, hormonal disorders, and neurological scourges such as Alzheimer’s disease, spinal cord injury, and multiple sclerosis.”

Effects of Magnetic Pulse Therapy have been studied in:

Besides addressing specific conditions, many health promoting benefits have been reported, including increased energy and availability of oxygen, enhanced transport of ions (calcium, potassium, sodium) across cell membranes, improved circulation, enhanced sleep, pain relief and stress reduction. There is speculation that regular PEMF treatment may increase longevity and quality of life.

Magnetic fields pass through the body as if it were transparent which may account for many, far-reaching and systemic effects.

• Changes in metabolism of medications

The trans-membrane potential (TMP) is the voltage difference (or electrical potential difference) between the interior and exterior of a cell. Differences in concentration of ions on opposite sides of a cellular membrane produce the TMP. The largest contributions usually come from sodium (Na+) and chloride (Cl-) ions, which have high concentrations in the extracellular region, and potassium (K+) ions, which along with large protein anions have large concentrations in the intracellular region.

The opening or closing of the ion channels at one point in the membrane produces a local change in the TMP, which causes electric current to flow rapidly to other points in the membrane.

In electrically excitable cells such as neurons, the TMP is used for transmitting signals from one part of the cell to the other.

In excitable cells, a sufficiently large depolarization can evoke a short-lasting all-or-nothing event called an action potential, in which the TMP very rapidly undergoes a large change, often reversing its sign. Special types of voltage-dependent ion channels that generate action potentials but remain closed at the resting TMP can be induced to open by a small depolarization.

By causing a hyperpolarized state at the neuronal membrane, PEMF therapy effectively blocks pain as it prevents the threshold necessary to transmit the pain signal to be reached. The fact that PEMF therapy successfully reduces pain in the short and long-term has been demonstrated and documented.

1. Through atomic excitation, it stimulates the spin of the electron and causes it to store energy there that lasts for three days.
2. Molecules tend to align slightly with each magnetic pulse, making them easier to combine, especially when in an excited state.
3. The pH becomes 100 times more alkaline, which allows for better oxygen uptake, and the suppression of some harmful entities.
4. Viscosity shifts by a factor of 16, allowing liquids to flow into the cell gates.
5. The red blood cells start to separate (as they acquire a positive charge and repel each other) within minutes, allowing for a higher surface area for the transport of oxygen.
6. An apparent relaxing of the vascular system takes place within several minutes of completing a session. One of the most beneficial effects is the drop in blood pressure by 20-30%.
7. After a session there is a systemic response as though the body’s functions have been fine-tuned, or turbocharged. This causes general improvement of other conditions as well, not only the ones being specifically targeted through the therapy. Wounds heal in one third of the normal time.
8. Electroporation, or electroper meabilization, is a significant increase in the electrical conductivity and permeability of the cell plasma membrane caused by an externally applied electrical field. It allows more passage of solvent (H20) to dissolve toxins and stimulates a better delivery of a medicine or herb within the body.
9. Possibly the hardest one to accept is the fact that the cell can change some of the sodium back to potassium, statement supported by a US Army study, which leads to reduced pain, often fading the pain away in minutes.
10. The electromagnetic pulse causes the person to generate tiny little micro-currents, and the energy tends to run through the neural pathways. This seems to swap the C fibers from accessing the neural gates which allow the pain signal to stream into the brain. A diminished signal thus equals a decrease in pain perception.

As the speed of the pulse is so fast (less than a millionth of a second!), thanks to Bruce Gelerter’s invention, the PEMF 4000 can use tremendous amounts of energy without there being a time to heat the atom. It can pulse energy into an area for as long as an hour without adverse reactions in most cases, so serious problems can take the extra energy needed to do extra work.

Charles E. Farricielli, President and Director Thank you so much for your interest in our PEMF8000. PEMF8000 helps the body to repair every disease known to man! https://www.pemf8000.com We have dedicated clients that are Doctors, Chiropractors, Physical Therapy, Hospitals, Clinics, and Pain Centers and also include many Alternative Medicine consumers as well. Below I incorporated for you an abundance of info and links on PEMF Theory and Therapy and more. I have had many years of experience in the ELT field, and have also successfully instructed and trained PEMF clients and Technicians through-out the world. You are welcomed to call me Anytime!. Allow me to prove how our Device can help you today! Charlie (203) 214-5454 I'm in Connecticut! Warm regards, Charlie Farricielli Charlie@pemf8000.com I would like to answer any questions you might have, and assist with much more detailed information. Our new PEMF8000 Series is, without doubt, the most powerful and effective device on the planet! It's helping people throughout the world to be pain-free and heal the immune system and numerous health-related dilemmas! I have included many links and a great deal of information to help you understand the power and effectiveness of PEMF Therapy and Our PEMF8000 healing supremacy! PEMF8000 With superior engineering comes superior performance. The redesigned PEMF8000 offers an unrivaled speed of induction, which translates into a more dynamic treatment experience. Tissues respond rapidly, aches and pains are alleviated, and cellular energy. PEMF WELLNESS TECHNOLOGY LLC was founded in 2012. We are a family-owned and operated manufacturing company that is inspired by a passion for high technology and meaningful service to others. PEMF 8000 creator has over 20 years of experience with Tesla Technology and diligently engineered the PEMF8000 Device for quality and 20th Century State-of-the-art Science! We research, develop & manufacture game-changing technologies for patients who have few treatment options they can count on. You can find our devices in the homes of out-patients and in the offices of chiropractors, therapists, caregivers, and veterinarians in all four corners of the globe. Because the results we achieve with our device are unmatched, we define the cutting-edge in the PEMF industry. https://www.easymapmaker.com/map/pemf8000
View all posts by Charlie Farricielli →
This entry was posted in charlie farricielli, PEMF EDUCATION, PEMF NEWS, PEMF SCIENCE, PEMF SCIENTIFIC DATA, PEMF VIDEOS and tagged alternative health, Pemf heal pain, Pemf holistic, pemf info, PEMF Magnetics, PEMF NEWS, pemf technology, pemf wellness, pulsed electro magnet photon, pulsed electro magnetic. Bookmark the permalink.

This site uses Akismet to reduce spam. Learn how your comment data is processed.